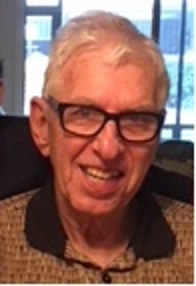 Kingery, William (Bill) Stanley 80, of Huntley, IL and Hernando, FL, passed away March 8, 2018.  He is survived by his loving wife of almost 55 years Heike, daughter Heidi,  grandson Adam, sister Nancy Anderson of Seattle, WA, nephews Eric (Heidi) Knott of Seattle, WA, Jason (Hilary) Knott of Rock Island, IL, and family in Germany.  He was preceeded in death by his son, John, and his parents, Albert and Lucille.  Born in Clinton, IN, and known in his early years as Nick, he first joined the United States Air Force before becoming an Air Traffic Controller in Aurora, IL.  With his wife he drafted and built a wonderful family home in Plano, IL where they lived for 30 years.  He later worked at the Dresden Nuclear Power Plant, retiring at age 56.  He was a loving family man, avid fisherman, and enjoyed tennis, golf, sodoku, playing bridge, and cheering on his grandson.  Bill was an honorable man, never without a project or a book towards improvement.  Per his wishes, there will be no formal services, but he will be remembered with love by many.  Should one wish, donations may be made in his memory to the National Ataxia Foundation.

To order memorial trees or send flowers to the family in memory of William S Kingery, please visit our flower store.