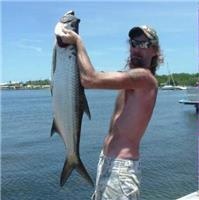 Robert James Laplante, (Robbie to those that knew and loved him) passed away on June 9, 2018 in Crystal River, Florida.
Robbie was born in Manchester, N.H as the oldest son of Bob and Ruth Laplante. He was raised in Nottingham NH along with his siblings Mark, Sheryl and Gerry. Robbie loved working with his hands. In fact, even as a toddler, he loved taking his brother's crib apart with his bare hands. He had an adventurous spirit and enjoyed riding his bike, climbing trees and being a big brother. Everyone that knew him, realized quickly that he was fiercely protectively of those he loved.
Robbie moved to Florida in December of 1987. He worked briefly as a roofer and then began his career as a sanitation engineer. He loved finding "treasures" that had been thrown away and coming up with new uses for them. One year he found a bunch of brand new Santa suits. He gave them out so his friends could play Santa for their kids.
Robbie had his first daughter Ashlie in 1991 and his second daughter Allison in 1994. Ashlie and Allison were his pride and joy. He loved them with every ounce of his being. He once said about his girls, that he didn't know his heart could hold so much love and still grow every day. Robbie had four grandchildren that he adored with all his heart. Corbin and Raegan Hodgkins and Kamdyn and Bryson Cheek.
Robbie met Sharon Hammond and her daughters, Samantha and Nicole, in April, 2006 and there began an amazing love that he cherished deeply. He said he finally met someone that could put up with him and keep him in line.
A perfect day for Robbie was being on the boat with his family and a Budweiser in hand. One day he was so excited about going on the boat, he forgot to put the plug in. He handled that like he handled so many thing…with a huge smile and a laugh. He always said "One little thing had to go wrong, then it was going to be a great day."
Robbie was intensely patriotic! He loved his country so much. A portion of his ashes will be spread near the 911 Memorial. He was stubborn and strong willed. He considered those traits compliments. Robbie had a heart of gold and would move the world to help someone that needed him.
Robbie often spoke through music. He opened his heart so often for others but seldom opened up about his own feelings. His eclectic style of music told more about him than he would ever say. "You can always find a song that says what you're feeling better than words can."
Robbie's daughters, Ashlie and Allison were in the backyard a couple of days after Robbie's death. They kept seeing a red cardinal flying around all day. At one point, it stood right up on top of the shed for close to 5 minutes. He was saying "I'm free. I'm at peace. I'm right where I've always wanted to go."
A celebration of life gathering will be held on August 4, 2018 at 2 pm at Two Deuces. The address is 7452 W. Grover Cleveland Blvd., Homosassa, Florida.

To order memorial trees or send flowers to the family in memory of Robert J Laplante, please visit our flower store.