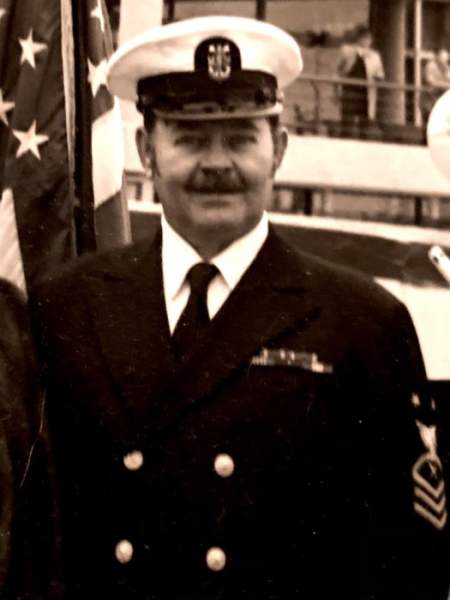 Richard Kenneth Herkenhoff, 84 years old regretfully passed away unexpectedly on 3 February 2021 at his home surrounded by family.
Richard was born on 23 October 1936 to Kenneth and Margaret Herkenhoff . Richard grew up in St. Louis Missouri, and then joined the United States Navy and proudly served our country for 28 years. He was stationed at many locations throughout the world. Richard was an avid fisherman mostly freshwater but some saltwater, he had a hobby of collecting valuable coins and loved playing cards.
Dad was a kind and loving father who was married to our beautiful mother Janet for 56 years. Richard is survived by his loving son and daughter, Michael Herkenhoff (Holly) and Debra Glancy (Terry).
His brothers James (Beverly) and Ken (Andrea) , sister’s Barb Kelbel, Judy Nicholson (George), and Kathy Herkenhoff. Richard had six (6) grandchildren, Dana Ellis (Charles), Keith Glancy, Jordann Lyckner (Trey), Jilliann Herkenhoff, Richie Herkenhoff (Brittney) and Tyler Herkenhoff. He also had four (4) great grandchildren, Emmalynn and Bronwynn Ellis and Kash and Kenna Herkenhoff.
Services will be held at the Bushnell National Cemetery, Florida, February 10th at 10:00 a.m.  May GOD rest his soul as we will deeply miss him. Fair winds and following seas.

To order memorial trees or send flowers to the family in memory of Richard Kenneth Herkenhoff, please visit our flower store.