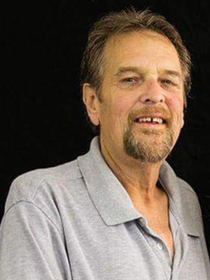 Ralph was the most loving and caring person you'd ever want to meet. He was witty, intelligent, and had an amazing sense of humor. He was selfless, always thinking of others, and ready to help any one in need. Many people considered him a father figure, he was the best grandfather imaginable. When he made friends, they were friends for life. He was accepting, and searched for the best in everyone.

For the last fifteen years, Ralph worked for Terri's Taxi as dispatcher and driver and has touched the lives of many, many people in the community.  When he wasn't working, he enjoyed spoiling his grandchildren, spending time with his family and friends, and fishing.
He was preceded in death by his mother, Ruth, his father, Mike, and his sister, Susan.

To order memorial trees or send flowers to the family in memory of Ralph Robert Ryan, please visit our flower store.