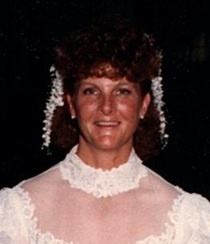 Judy C Danecker, 69, of Hernando, Fl passed away on March 21, 2018 under the care of Hospice of Citrus County in Lecanto, FL. Judy was born in Cleveland, OH, the daughter of James and Vernelle Pryde. Judy graduated from Mentor High School in 1967 and was on the Homecoming Court. Judy attended Miss Dilion’s Equestrian School in Northern Virginia. After school she traveled to Lake Forest, IL to start her career as a teacher, trainer and friend to so many.  She worked at many Horse farms- Captain Franke’s Riding Stable, Horse Fouram and most of the well known stables. Judy never had children of her own. Her passion was the hundreds of children she taught. Many have stayed in touch with her. She has a 8ft closet with t-shirts and sweater from around the world , given to her by her students, who never forgot, Judy Pryde, their teacher. She also worked with Barrington Sadlery with Francis Bowers. She loved horses and dogs. For over 20 yrs she raised Jack Russell Terriers. At one time she had 4 generations in her home. Judy and Dan married on June 13 1987. She continued to work in the horse industry and helped Dan with his small breeding farm in Long Grove, IL. They then moved to Harvard, IL  and then Wheeling , IL. In Feb 2010 they moved to Hernando, FL and bought a house on the lake. Judy was life member of the VFWA #4252 of Hernando. She liked working with Becky Parker on Saturday bingo. Of her many friends, two stand out-Chaplain  Doris Crist who she called Mama and her next door neighbor Sharon Z. Judy is survived by her loving husband Daniel of 31 years; twin sister, Jamie (John) Mayer, 2 step sons Rob Danecker and Daniel J (Jean) Danecker; 5 Grandchildren, Hanna, Ellie, Shawn. Daniel, And Noelle;5 nieces, Dawn Meyer, Jacqulyn Frizzell, Michelle, Irene and Haley; 4 nephews, Jacob (Phoukhao) Mayer and Michael, Eric and Jameson; brotherinlaw Lee ( Leslye) Danecker and sisterinlaw Patricia Metlow; 4 great nieces. A service will be held on April 11 2018 at 1pm at Florida National Cemetery with a celebration of life at 3pm at VFW post 4252 by VFWA. In lieu of flowers donations to Equestrian Connection, 600 N Bradley Road, Lake Forest, IL 60045, www.equestianconnection.org

To order memorial trees or send flowers to the family in memory of Judy Danecker, please visit our flower store.
Send a Sympathy Card