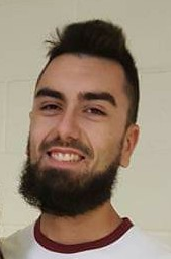 Jordan went to the hospital August 2nd with vomiting and diarrhea along with numbness and tingling in his feet & right arm. After several procedures and a discovery of neurological issues it kept him in the hospital which lead to a rapid decline in health. November 3rd, Shands diagnosed him with Mitochondrial Neurogastrointestinal Encephalopathy Syndrome (MNGIE) a rare disease that less than 25 people are known worldwide to have this.

Jordan loved anything and everything football, his favorite NFL team being the New York Giants and Florida Gators. If you knew him he was a huge Spider-Man & Venom fan as well. He even had a custom tattoo that he designed on his right bicep. He loved everything in the Marvel & DC Universe. He loved the annual trips to N.Y. to visit his Aunt Jeannette and extended family. He just loved adventure and was always up to head out and live life.

Jordan played in the Nature Coast Flag Football League when he was young to then playing on the Citrus Springs Middle school Falcon football team. In high school he focused on weightlifting and joined the Citrus High hurricanes team. He absolutely loved working out and rarely missed a day and was upset when he did. Jordan also earned the Cub Scout Arrow of Light Award and was a Life Scout from Boy Scout Troop 415 in Crystal River Florida.

Jordan was also a very hard worker and was always willing to help out. His first job was Winn-Dixie Beverly Hills working in the dairy dept. He then went to work at Dick Sporting Good in Ocala and even met John Travolta working one night there. When leaving there, he began working at Publix Citrus Hills and enjoyed his time there. This June he started working a Lowell Federal Prison and he absolutely loved it. Whatever he did he always did it 110% and he was someone you could always count on.

Jordan loved being with his friends and had a core group of which he called his brothers. Daniel, Chris, Will & John.  Each one enriching the lives of each other.

A celebration of life will be held on Jordan's 23rd birthday Dec.16th, location yet to be determined. Donations of love w

To order memorial trees or send flowers to the family in memory of Jordan Matthew Seney, please visit our flower store.