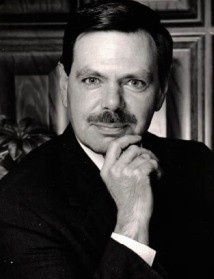 Jim was an avid perennial gardener raising over 500 varieties in his RI gardens that included over 200 varieties of daylilies. Starting with a blank slate when coming to Florida in 2011 he began studying southern gardening and has filled most of his 1/4 acre yard with perennials, shrubs,palms and fruit trees.

He worked as a hospital system Communications and Public Affairs executive in Waterville, ME. Sacramento, CA and Providence, RI. He co-authored the book The Nature of Health:  How America Lost, and,Can Regain,A Basic Human Value.

In addition to his wife Janet he is survived by his brother Mark Peters, of Greene, NY, his daughter Alicia Wood Peters, PhD (Tara Cacciola) of Portland, ME, his son Geoffrey E. Peters(Tina Peters) of Smithfield, RI, granddaughters Kleio and Everett of Portland, ME and grandsons Ronnie, Danny and Mason of Smithfield, RI. Brother-in-law Don Wood(Kathy0 of Cincinnati, OH and many nieces,nephews, grand nieces and nephews.

Friends are invited to join the family in his garden  on Tuesday, July 6, 2021  at 11 am. Please bring a chair and stroll through the gardens. His ashes will be spread in Maine at a later date.  In lieu of flowers consider a donation to the Coastal Maine Botanical Gardens, PO Box 234, Boothbay, ME  04537, www.mainegardens.org;  Citrus County Community Food Bank, 5259 W. Cardinal St., bldg B, Homosassa, FL, communityfoodbankofcitruscounty.org. Myasthenia Gravis Foundation of America,  Myasthenia.org.

To order memorial trees or send flowers to the family in memory of James Peters, please visit our flower store.