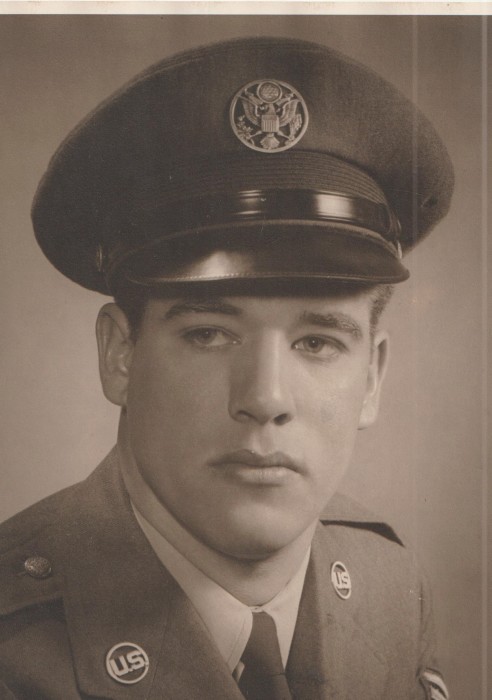 James Roy Carper, 89, of Hernando Florida, passed away peacefully at Citrus Memorial Hospital, Inverness Florida on Feb 20, 2020.
James was born in Warriors Mark, Pennsylvania July 5, 1930, the son of Earl Alonza Carper and Verna Bell Gray Carper.
James enlisted in the Air Force in 1947, in the 2nd Bombardment Squadron of the 22 Bombardment Group, Smoky Hill Air Force Base, Salina, Kansas. He served under General Curtis LeMay flying on B-29's. James was then stationed in England, where he met and married his German wife Elisabeth Wust in 1952. Elisabeth passed away Jan 20, 2017.
James made a career in the Air Force, it being the most enjoyable time of his life. He achieved the rank of Master Sergeant. He received his Bachelor of General Education, Psychology, from the University of Omaha in 1957, and his Master of Science in Education, Counseling & Guidance from the University of Southern California in 1967. He retired from the Air Force in 1968, moving to Connecticut. He then worked as a social worker at Connecticut Valley Hospital, retiring in 1988.  In 1989, James and Elisabeth moved to Hernando, Florida.
An organization James belonged to and enjoyed was the  Connecticut State Employees Association, Chapter 422, acting as treasurer for a number of years. James and Elisabeth were animal lovers and had many cats and dogs throughout the years. He loved history and politics, and enjoyed a good political conversation.
He leaves three children, Joan Carper (Chris Becker), Sevenoaks, England; James Carper Jr (Donna), Hopkinton, RI; and Irma Carper Miller (Bernie), East Haddam, CT; and two grandsons, Jon Carper, Providence RI and Bill Carper, of Groton CT; a half sister, Rose Myers Gomez (Reuben), Defiance, Ohio; half sister Patty Young of Mapleton Depot, PA; several nieces and nephews.
Services are private, arrangements by McGan Cremation Service LLC, Inverness, Florida. Condolences can be made to  www.chronicleonline.com. Internment will be at the Veterans Cemetery, Middletown, Connecticut.

To order memorial trees or send flowers to the family in memory of James Roy Carper, please visit our flower store.
Send a Sympathy Card