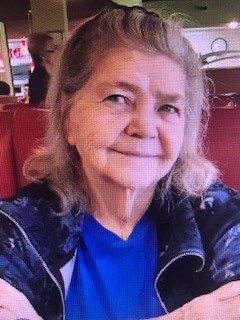 Gail was born to Andrew Jackson Aikens II and Elizabeth Jayne Lewis-Aikens in Miami, Florida on June 27th, 1945 at Jackson Hospital while on vacation. The family returned to their home in Boonton, New Jersey. In 1949, after a legal separation Gail relocated with her mother and little brother, Steven Aikens, to Florida. Where they owned and lived at a resort near Marathon in the Florida Keys. She and her family moved to Coral Gables, Florida in 1959, where she attended Coral Gables Senior High. Gail gave birth to her first child, Yvonne in November 1962. She later married Henry George Ayo III, in Miami on May 19, 1964. Gail gave birth to her second child, Marina in August of 1965. In September of 1966 she gave birth to her third child, Anthony. Gail gave birth to her fourth child, Victoria in September 1968. In May of 1970 she gave birth to her fifth child, Mary. Gail gave birth to her sixth child, Josephine in September of 1971. In 1972 Gail and Henry bought a house in South Miami Heights, Florida. After working as a waitress since she was a teenager she changed careers and began working for the Miami Herald in 1974  as a paper carrier. In 1976, Gail divorced Henry on the grounds of domestic abuse. She cohabitated with Ralph Victor Gonzalez from 1976 on till their marriage in 1987. In July of 1979, Gail gave birth to her seventh child, Margret. In December of 1984, Gail’s second daughter, Marina, gave birth to Gail’s second grandchild, Peter. Gail and Ralph raised him as their own and later adopted Peter, thus making him her eighth child. In 1987 Ralph and Gail started G&R Concrete where they manufactured ornamental concrete products. In 1991 Gail began her career as a bus driver for Gulliver Academy in Coral Gables, Florida. Ralph died in December 1996 of heart failure. On Father’s Day 1998 Gail was baptized into Christ! She attended the South Florida Church of Christ, before relocating to Beverly Hills, Florida. She attended the Gainesville Church of Christ until her health started to fail. She passed away in her sleep on Monday, July 6th at 3am from heart failure. Gail leaves behind her brother and her five living children, 16 grandchildren, 6 or more great-grandchildren.

She will be dearly missed by her family and friends, as she was a very loving, forgiving and faithful servant of our Lord Jesus Christ.

To order memorial trees or send flowers to the family in memory of Gail Gonzalez, please visit our flower store.
Send a Sympathy Card