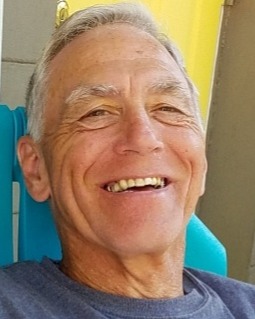 Ernest Sylvester Glover, 72, passed away Thursday morning, August 25, 2022 in his Inverness residence with his loving wife by his side after battling a longstanding illness with Lewy Body Dementia.

Ernie was born on July 10, 1950 in Exeter, NH to Bernard and Betty Glover. Ernie was a rambunctious youth and enjoyed spending quality time with his large family in the outdoors of New Hampshire. He is survived by his brothers: Bimmy, Kenny, Harold and Dickie, as well as his sister, Betty, and preceded in death by Kevin.

In 1968, he joined the Navy and spent a couple years honorably serving in the Vietnam War on the USS Newport. He picked up his tough as nails, determined hard work ethic during these years.

On December 4, 1993 he married his devoted wife Deborah “Debbi” Glover.  The two met when he was a karate instructor and they soon learned that they could not live without the other half. Ernie was a dedicated father and is predeceased by his son, Ernie Jr, and survived by his three stepchildren, Michele, Hunter, and Kelly.

Ernie worked tirelessly for 27 years at Osram Sylvania as a group leader mechanic. He was skilled in carpentry, construction and was a loyal handyman. Ernie was fascinated with new technology and always loved tinkering with new computer software. He also loved to travel and explore the country.

Ernie is survived by his wife, Debbi, and his three grandchildren: Brady, Anthony, and Collin, and many coworkers and friends that he’s met throughout the years. He will be remembered for his amiable nature-never walking by without a tip of his hat and a “Howdy, Neighbor.”

A Memorial Service will be held Saturday, September 3 at Cornerstone Baptist Church in Inverness, Fl at 6pm. In lieu of flowers, the family asks small monetary donations to help with funeral expenses.

To order memorial trees or send flowers to the family in memory of Ernest Sylvester Glover Sr., please visit our flower store.
Send a Sympathy Card