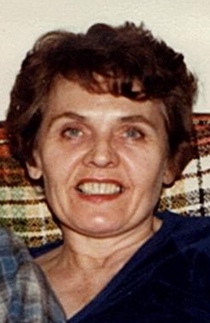 Elisabeth Johanna Gertrud Wust 85, wife of James Roy Carper of Hernando, FL, and previously of East Hampton, CT, died peacefully at the Hospice House in Lecanto FL on Jan 20, 2017 after a brief illness. Elisabeth was born Aug 14, 1931, in Teltow, Berlin Germany, the daughter of Friedrich Wilhelm Wust and Gertrud Johanna Ziegs. During WWII, Elisabeth was evacuated with thousands of children out of the city of Berlin, due to allied bombings,  she went to Czechoslovakia to live with a foster family, returning to Berlin in 1944. She trained as a seamstress, then worked in Berlin for heruncle in his pharmacy.In 1948, she moved to England where she worked in the London Chest Hospital, for tuberculosis patients. Elisabeth met and married SSgt James Roy Carper, stationed at the Royal Air Force Station at South Ruislip, on March 3, 1952. While there, they had two children, daughter Joan and son James Jr. In 1954, they moved to Columbus Ohio, where her husband was stationed at Lockbourne Air Force Base. There they had daughter Irma. After various station assignments in the U.S. and abroad, she settled with her family in East Hampton CT where they lived for many years. Elisabeth worked at Alcap Manufacturing in Cromwell, then the Travelers  Insurance Co. in Hartford, retiring in 1989. She began a craft business, The Teddies’ Den, making and selling boutique teddy bears.  She then wound down the business, and moved to Hernando, Florida, with her menagerie of cats. Elisabeth loved all animals, especially cats and dogs. Her favorite was her Abyssinian named Karina. Elisabeth enjoyed British crime shows, working on crossword puzzles, and reading books about animals and murder mysteries.

Private cremation arrangements made by McGan Cremation Service LLC. Contributions may be made to the Hospice of Citrus and the Nature Coast, PO Box 641270, Beverly Hills, FL 34464.

To order memorial trees or send flowers to the family in memory of Elisabeth Carper, please visit our flower store.