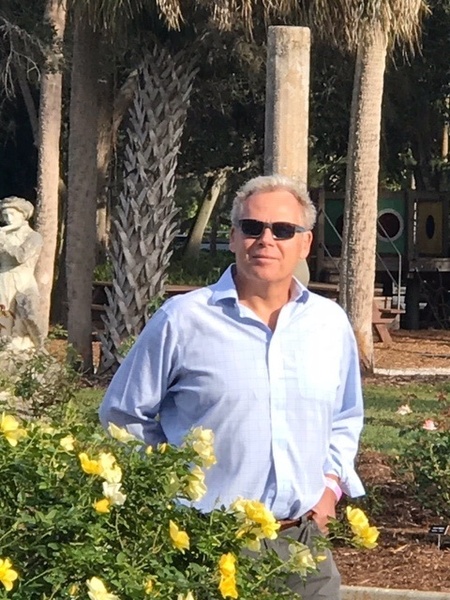 It is with great sadness that we share the news of Doug’s passing on October 16.  Doug was a carefree, gentle sprit who was truly passionate about life.

Doug was born in Wausau, WI where he graduated from Newman High in 1977 and then attended the University of Wisconsin-Madison, earning an Engineering degree in material science in 1981.   Doug also obtained a professional engineering license for the state of Wisconsin and worked for over 30 years in the industry for Rolls-Royce, Caterpillar and several other Corporations.  Doug patented numerous material processes used to strengthen and harden gear systems used to drive our military’s aircraft.  He also worked on projects for both the shuttles and international space station.  Doug was a problem solver and a contributor in his career and his community.

Doug volunteered as a ski patrol at Rib Mountian in Wausau WI, as a basketball coach for his daughter’s team at Treasure mountian middle school in Park City, UT, and as a little league baseball coach for the Park City Parks and Recreation Department. He was given an award by the Salt Lake United Way as chairman of the year.

Doug’s farovite traditions and most treasured memories centered around Christmas. Doug truly loved Christmas and had a tradition of obtaining a permit for cutting a natural tree and making a day trip with his son up into the Uintas to get the family tree.  Doug frequently joked that the trees looked smaller in the woods. The family tree was always a minimum of 17 feet tall!

Doug was a sportsman and competitor. He was an avid tennis player and after moving to Florida played almost daily. In the evenings he often watched the sunset while surf fishing on Indian Rocks Beach. He and his wife Denise were regulars at the Tampa Bay Rays games, the Tampa Bay Lightning games and USF Football games.

Doug is survived by his wife Denise, his children Laura Ann Steckbauer, Matthew Paul Steckbauer and Emily Margret Steckbauer, and his father Robert H Steckbauer.  Doug is preceded in death by his Mother, Dolores Steckbauer.

Arrangements made by McGan Cremation LLC of Inverness, FL

To order memorial trees or send flowers to the family in memory of Douglas Charles Steckbauer, please visit our flower store.