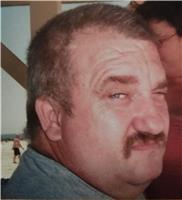 On the morning of Sunday, May 27, 2018, Charles William Fergus, Jr., 51, of Hernando was called upon the Lord and granted his set of wings. He was always better known by most as "Billy". He was born October 27, 1966. Billy was a loving husband to his wife, Donna, and father to his two sons, Gary and Mikey.
He was also a devoted brother to his three sisters; Alta Lee and Debra Espat, both of Hernando, FL, and Annette Patton of St. Petersburg, FL; and to his brother, Bucky Fergus who received his wings a few years ago.
Billy, his wife and their son Gary have been working for the Chronicle for many years. He was always the life of the party … and quite the comedian some would say. He loved to joke around and pull pranks on the family. There was nothing but good times and lots of laughter with him. There was never a dull moment.
Unfortunately, he was taken so suddenly and way too soon but he will always be remembered. We are upset for the time taken away, but grateful for all the moments shared and the many memories made … memories that will last a lifetime. Billy will forever be in our hearts. He may be gone, but he will never be forgotten. May his soul rest in peace.
The family will be planning a memorial service for a later date.

To order memorial trees or send flowers to the family in memory of Charles W Fergus Jr, please visit our flower store.
Send a Sympathy Card