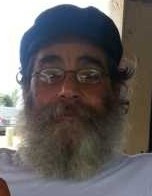 Loyal Order of the Moose

Memorial Service for Carlos Enrique Garcia Vazquez will be held at:
Our Lady of Fatima Catholic Church
550 US-41, Inverness, FL 34450
Service will be held Saturday, December 14, 2019 at 11:00 am
Please plan to leave with A LOT of time... there are activities that will be held in the city on this date as well as an event at church.
Will be difficult to find parking.

To order memorial trees or send flowers to the family in memory of Carlos Enrique Garcia, please visit our flower store.
Send a Sympathy Card

Loyal Order of the Moose