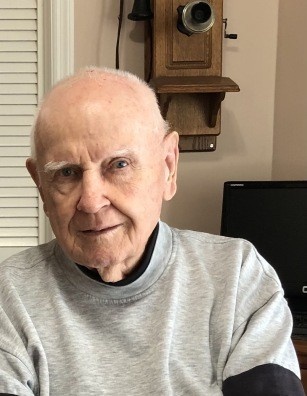 Arthur D. Trebon, 90, of Beverly Hills, Florida, formerly from Waterloo, Iowa passed away on August 30, 2021.
He was born December 31, 1930, in Fairbank Iowa, son of Arthur R. and Gertrude Duffy Trebon. He is survived by his wife of 63 years, Shirley A. Youngblut. They married on November 22, 1958, at St. Joseph’s Catholic Church in Raymond, Iowa.
Mr. Trebon graduated from Immaculate Conception School Fairbank in 1948, Loras College in Dubuque, Iowa in 1953, with a B.A., and from Creighton University in Omaha, Nebraska in 1960, with a MS ED degree. He also served in the U.S. Army from November 1953 to August 1955, stationed in Korea.
Art dedicated 37 years of his life to education. From the years 1956-1960, he was a high school English and Latin teacher, coach, and principal at Clutier High School in Clutier, Iowa. From 1960-1964, he was a junior high English and Latin teacher as well as coach at Edison Junior High in Waterloo, Iowa. In 1964, he became assistant principal at Edison, and in 1969 he became principal of Edison Junior/Middle and Elementary, serving in that capacity until 1982. He became principal of Cresthaven and Orange Elementary Schools of Waterloo in 1982. Art retired as principal of Orange Elementary in 1992. He was credited for leading the middle school movement, especially of reading and math curriculum during the 1970’s.
Upon retirement, Art has been active as lector at St. Elizabeth Ann Seton Catholic Church of Citrus Springs, Florida as well as serving as president for eight years (2000-2002; 2012-2018) of the Oakridge Homeowner’s Association, Beverly Hills, Florida. Art enjoyed bowling, taking care of his yard and many flowers, swimming, and playing all kinds of card games. He is remembered for a wonderful sense of humor, an unwavering faith, and an honorable work ethic.
Survivors include Art and Shirley’s four children: son Frank Trebon and his wife Mary of Virginia Beach, Virginia; Donna Hager of Crystal River, Florida; Ann Lentfer and her husband James of Waterloo, Iowa; and Beth Clingenpeel and her husband Joel of Chesapeake, Virginia. Surviving family members also include eight grandchildren and five great grandchildren. He is preceded in death by his parents, five brothers (Dale, Francis, Al, Paul, Robert) and one sister (Damaris).
A funeral mass will be held at St. Elizabeth Ann Seton Catholic Church in Citrus Springs, Florida on Saturday, September 25th at 10:00 AM. Family will receive friends at a luncheon immediately following the mass at Oakridge Homeowner’s Association Club House, 6055 N Whispering Oak Loop, Beverly Hills, Florida.
In lieu of flowers, memorial gifts in his name may be made to Catholic Charities of Central Florida and Boys Town of Nebraska.

To order memorial trees or send flowers to the family in memory of Arthur Trebon, please visit our flower store.